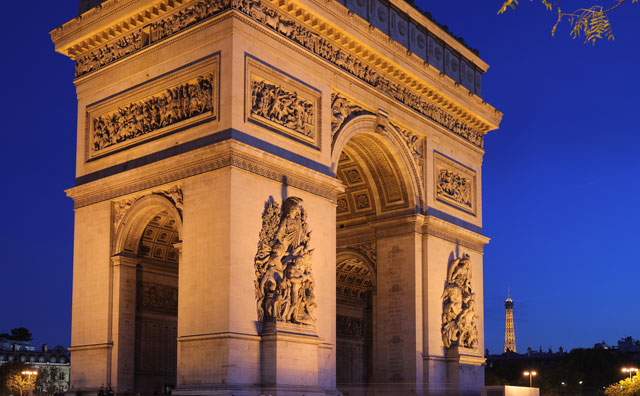 The Arc de Triomphe in Paris is a 162 foot monumental arch in the centre of the Place Charles de Gaulle. It was commissioned by Napoleon in 1806, shortly following his victory at Austerlitz, with the aim of commemorating French soldiers, particularly those who fought in the Napoleonic Wars.

The Arc de Triomphe was completed in 1836 and is an imposing and ornate structure. Its many engravings include the dates of military victories, the names of important soldiers and depictions of war.

Visitors can climb to its peak for magnificent views or enter the small museum inside it, both of which are included in the entrance fee. A further attraction at the Arc de Triomphe is the Tomb of the Unknown Soldier , which commemorates those who fought in the two World Wars with an eternal flame.