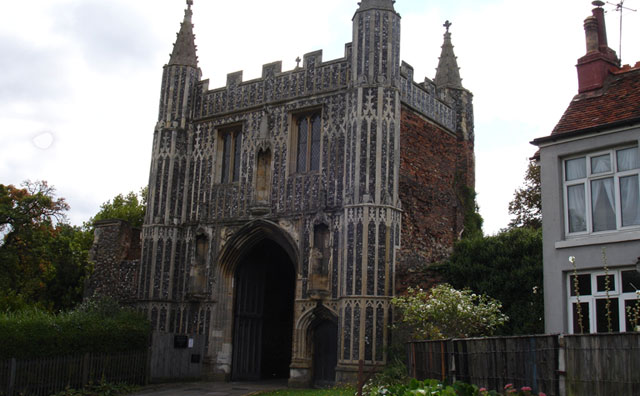 This pinnacled gatehouse, elaborately decorated in East Anglian ‘flushwork’, is the sole survivor of the wealthy Benedictine abbey of St John. It was built c.1400 to strengthen the abbey’s defences following the Peasants’ Revolt. Later part of the mansion of the Royalist Lucas family, the gatehouse was bombarded and stormed by Parliamentarian soldiers during the Civil War siege.