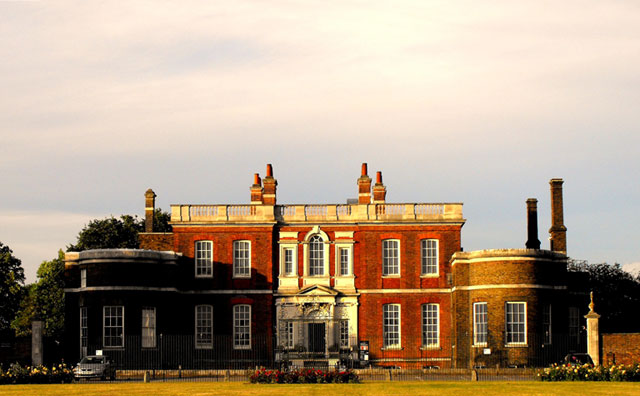 Ranger’s House is a villa adjacent to Greenwich Park in the south east of London. Since 2002 it has housed the Wernher Collection of art.

The house is a modestly proportioned red brick mansion dating from 1723. It is situated in Blackheath and backs directly onto Greenwich Park. Presently there is a rose garden behind it. Its occupants have included the 18th-century politician and man of letters Philip Dormer Stanhope, 4th Earl of Chesterfield and in the early 19th century a member of the British royal family, Princess Sophia Mathilda of Gloucester. In the 20th century it became a council sports and social club and was later used to display collections of musical instruments and Jacobean portraits.

The Wernher Collection was assembled by the German born diamond magnate Sir Julius Wernher in the late 19th and early 20th centuries. Wernher lived at Bath House in Piccadilly and Luton Hoo in Bedfordshire. At one time part of the collection was on display to the public at Luton Hoo, which was owned by Sir Julius’ descendants until the early years of the twenty first century. There are about 700 items on display at Ranger’s House occupying twelve rooms, some of which have been decorated to evoke the way the collection was displayed when it was at Bath House.

The collection includes paintings by Francesco Francia, Filippino Lippi, Hans Memling and Gabriel Metsu and portraits by the English painters Sir Joshua Reynolds, George Romney and John Hoppner. However the larger part of it consists of an eclectic mix of decorative art, including Renaissance jewellery, medieval, Byzantine and Renaissance ivories, tapestries, furniture and Sèvres porcelain, as well as a life size marble sculpture by Bergonzoli of an angel kissing a semi-nude woman entitled "The Love of Angels".

Ranger’s House is in the care of English Heritage.