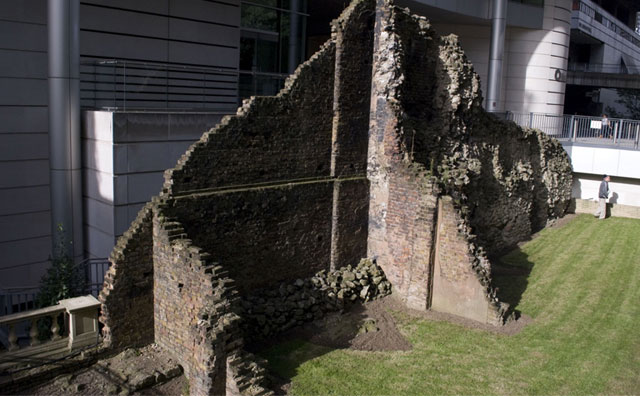 London Wall was the defensive wall first built by the Romans around Londinium, their strategically important port town on the River Thames in what is now the United Kingdom, and subsequently maintained until the 18th century. It is now the name of a road in the City of London running along part of the course of the wall. Until the later Middle Ages the wall defined the boundaries of the City of London.