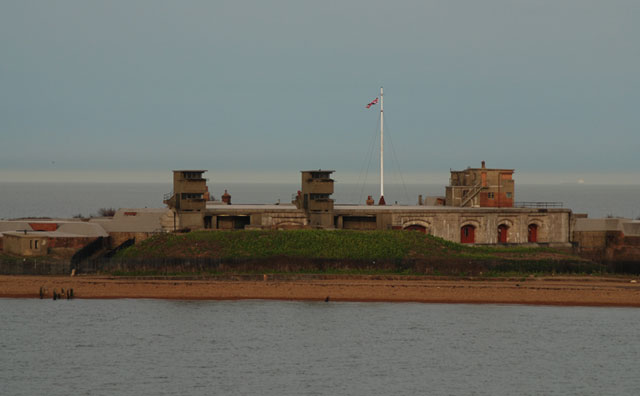 Defending the eastern region from attack for over 400 years

The strategic significance of Landguard Fort lies in its location controlling the entrance to Harwich harbour, the only deep water harbour on the East coast between the Humber and the Thames. The forts fascinating history spans over five hundred years making it one of the most interesting fortifications in the region. Its historical importance can be traced throughout the kings and queens of England, from Henry VIII, Elizabeth I, Charles I to the present monarch.

From 1543 to 1945 the fort was part of the UK’s military strategy to protect the eastern coast of England against a possible enemy invasion. The fort has been progressively developed over the centuries to adapt to new styles of warfare, both from land and sea. The stages of development also reflect the level of perceived threat at any given time.

Most of the fort that exists today is based on the pentagonal fort originally built in the 1740’s, with major modifications made to sections of the fort in the 1870’s and improvements which continued into the 20th century.

Some of its architectural heritage features fine examples of British engineering skills, from the construction of bulwarks and hexagonal earthworks during the Tudor period (Henry VIII and Elizabeth I) to the development of a pentagonal fort with five bastions and the creation of ‘Beauclerk’s battery’ to the defensible passages of the ‘Keep’ during the 18th and 19th century.

The most exciting 20th century addition was the arrival of two quick firing guns installed on the west side of the fort in 1901. These were called ‘Darell’s Battery’, named after the fort’s captain during the Dutch attack in 1667. During the first and second world war the fort was largely manned to provide sea defences against German attack and utilised as part Harwich’s anti-aircraft defence.

The Castle was finally withdrawn from active service in the 1960’s, when it was abandoned by the military until restoration started in 1997. Today the fort is owned by English Heritage and is open to the public 7 days a week except between 2 November and 21st March.