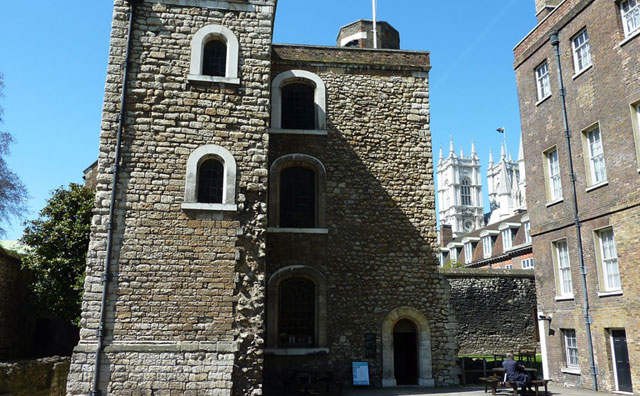 The Jewel Tower in London is one of only two surviving sections of the medieval royal Palace of Westminster, the other being Westminster Hall. It was built in approximately 1365 to house the treasures of Edward III and its alternative name was the "King’s Privy Wardrobe". It is a small three storey building constructed of stone, which stands across the road from the current Palace of Westminster, home of the British Parliament. It was located at the far southern end of the palace complex, and was built into the palace’s defensive walls but was detached from the main buildings, which explains its survival of the great fire of 1834 which destroyed most of the palace.

It is managed by English Heritage and contains an exhibition called "Parliament Past and Present". The remains of a moat can be seen adjacent to the tower. Until 1834 the historic records of the House of Lords were stored here; they are now in the Victoria Tower and managed by the Parliamentary Archives.