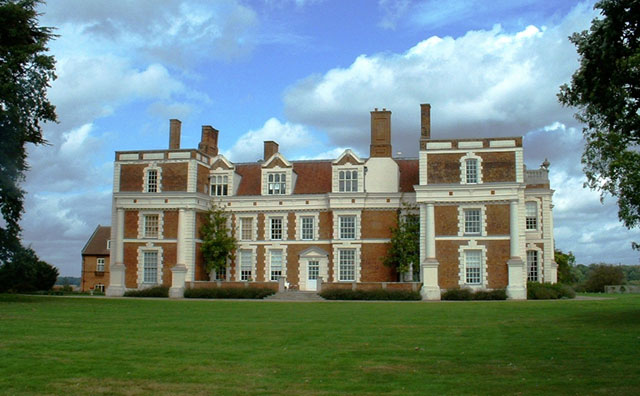 Hill Hall, located near Epping, Essex, England is a recently restored Elizabethan mansion. Although owned by English Heritage, the building consists of many private apartments. Limited tours are available to see the internal period wall paintings. Originally built for Sir Thomas Smith during the reign of Elizabeth I. Construction was carried out over several intervals (1567-8, 1572-3)interspersed between stints as ambassador to France. The Smith family were in occupation until the mid 19th century. It was subsequently to become a prison of war camp during WW.11 and later a womans prison until a fire in 1969. It has since become part of the heritage trust