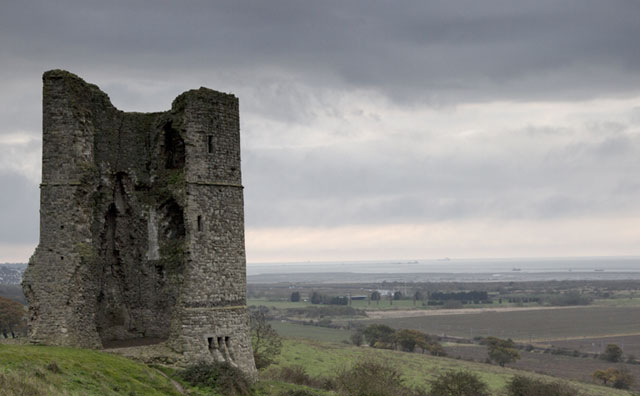 Hadleigh Castle in the English county of Essex overlooks the Thames estuary from a ridge to the south of the town of Hadleigh. Built in the 1230s during the reign of King Henry III, the structure is the most important late-medieval castle in Essex and is now preserved by English Heritage as a Grade I listed building. The ruins of the castle are the most prominent historical landmark in the local surrounding area and provided part of the name for the newly formed borough of Castle Point in 1974.