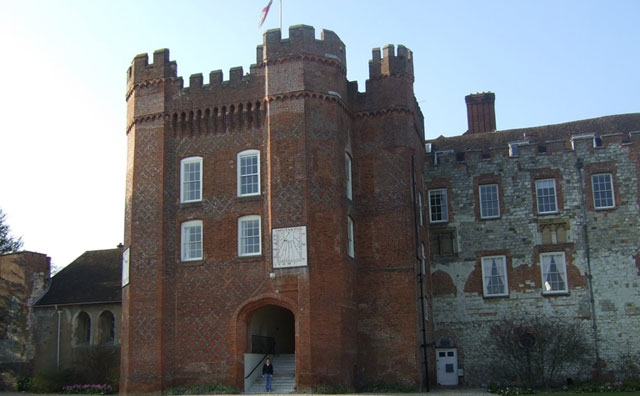 First built in 1138 by Henri de Blois, grandson of William the Conqueror, Bishop of Winchester, the castle was to become the home of the Bishops of Winchester for over 800 years. The original building was demolished by Henry II in 1155 after the Anarchy and then rebuilt in the late 12th and early 13th centuries. The castle was slighted again after the Civil War in 1648. Since then more buildings have been constructed in the castle’s grounds, the most impressive being those built by Bishop George Morley in the 17th century.

The architecture reflects changing styles through the ages, making it one of the most important historical buildings in the south of England. It is an impressive stone motte and bailey fortress, which has been in continuous occupation since the 12th century. The large motte was formed around the massive foundations of a Norman tower and then totally enclosed by a shell-keep, with buttress turrets and a shallow gatehouse. Attached to the motte is a triangular inner bailey, with a fine range of domestic buildings and a fifteenth century brick entrance tower. The formidable outer bailey curtain wall has square flanking towers, a 13th century gatehouse and a large ditch.

The castle is set in 5 acres (20,000 m2) of gardens overlooking the picturesque town of Farnham.

In the second world war, the castle was the location of the Camouflage Development and Training Centre. Here, artists such as Roland Penrose, Stanley William Hayter, and Julian Trevelyan as well as the magician Jasper Maskelyne were trained in the arts of military camouflage.